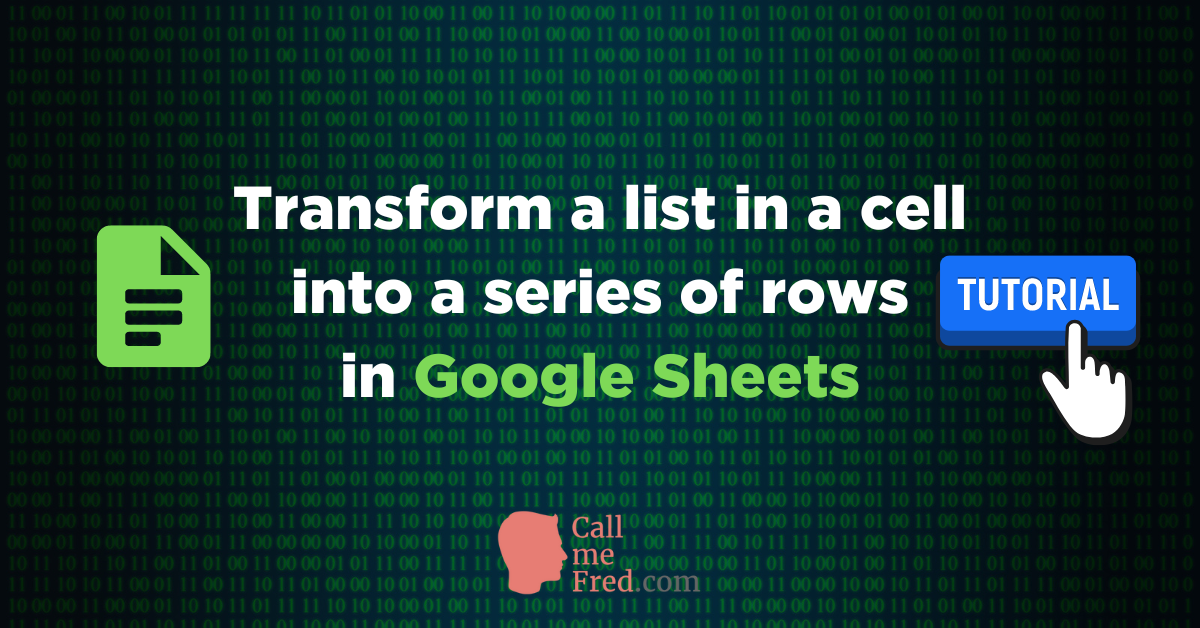 You might have pasted a list (ordered or not) into a single cell of your Google Sheets.

Now you’re wondering how to transform it into a series of rows to append some data to each entry in the list. Here’s a detailed tutorial showing you how to do it in 2 (+1) easy steps.

Step 1: divide the content of your cell into multiple columns.

Let’s say that your list is located in the A1 cell of your sheet.

In the next cell, B1, paste the following formula:

The purpose of the formula is to split the content of the A1 cell into multiple columns. The separator for each piece of content is a line break, expressed as char(10) (carriage return).

Now the 25 entries in the list are spread into 25 different columns, from B1 to Z1.

The next step is to transpose those 25 columns into 25 rows.

You can either do it on the same sheet or, preferably, in a second sheet.

Step 2: transpose the columns into rows

In the top left cell of your new sheet, in the A1 cell, simply paste this formula:

The formula automatically transposes all the cells in the range b1:z1 of the sheet1 tab into rows in your sheet2 tab.

There’s one more step if you want to remove the numbers from the list.

Step 3 (optional): remove the numbers from each row

In the B1 cell of your second sheet, simply paste this formula (and drag it down across the 25 rows to apply it to each line).

The formula will remove all numbers + the dot and replace them by an empty space.

You’ll end up with 25 clean rows in the B column of sheet2, ready for further processing.

If you’re using Python, it’s even easier to transform your list into multiple rows.

Here’s the code you can use.